For anyone with a sweet tooth France is probably the closest you can get to confection heaven.   Bonbons, dragées, macaroons, sweet cakes, patisseries, brioche, chocolate truffles, nougat, meringues – the list of sugary delights is long and enticing.  I have personally always had rather more of a weakness for savoury rather than sugary but when my mother asked me to find her a little something sweet when I went to the shops yesterday, I had a mouth-watering browse down the confectionery aisle of the supermarket and was delighted to find an old family favourite, the marshmallow.  My father always adored these pink and white fluffy treats, and it became a jokey family tradition to buy him a large bag full every Christmas.

It transpires that the modern marshmallow is based on a 19th century French confection which itself replaced the labour intensive traditional sweet which was extracted from the sap of the mallow plant, with a chewy base made from whipped egg whites or gelatin and starch. The marshmallow itself has been known since Egyptian times for its’ medicinal powers which, combined with honey was used as a sore throat cure.   I bought a large bag and had some fun this afternoon taking photos of them along with another French favourite the ‘dragées’ or sugared almond……. 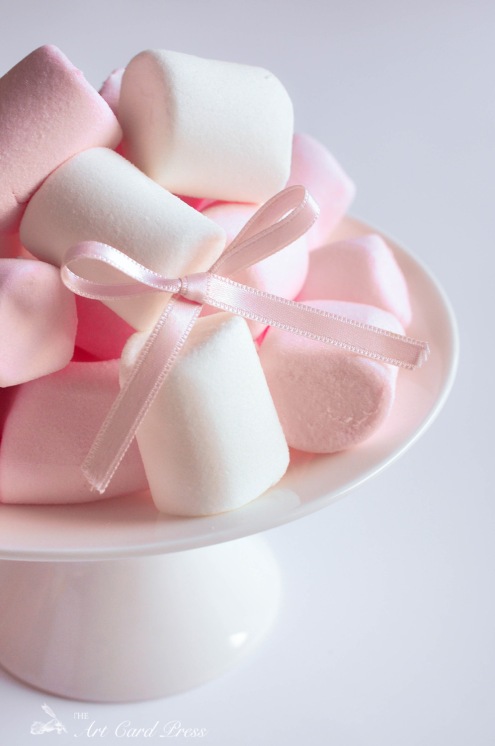 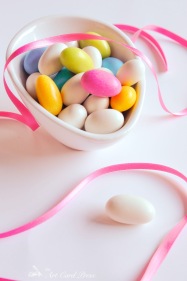