In which we ponder the mysteries of French television schedules…….

We’ve watched a little television these last few evenings and caught up with the latest season, in France that is, of Grey’s Anatomy.  For a few years we watched this strangly addictive hospital drama in the dubbed French version. Never was a person more disappointed than I, when, finally tuning in after installing HDTV, we could watch it in the original American.

What had happened to Patrick Dempsey’s voice? So deep and seductive in his French counterpart, so lightweight and wimpy in the real thing.   Devastated!

Now not only must we endure our heros’ not so dulcet tones but French programme scheduling is a marathon of TV viewing truly designed to test your devotion and endurance. A minimum of three if not four episodes are shown back to back, usually with the most recent first but afterwards follows a selection of old and new in apparently random disorder.   Sometimes programmes have disappeared in mid series for weeks on end only to reappear at a totally different point in the story. How are we to keep up? Why is Doctor Ying in Siberia? Just who is the father of that baby? 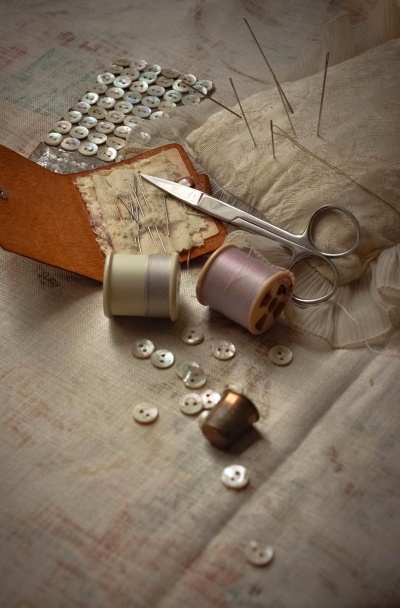 PS. We apologise for the photo (no stethoscopes to hand) and we realise these may not represent standard issue operating theatre equipment but we thought they may come in handy if they ever have to crash land in the jungle again – or was that a different programme altogether ??!