In which we consider daily exercise and I decide to blog it alone…..

Yes,  today I’ve decided to drop the royal ‘we’ in favour of the more comfortable imperial ‘I’.  Writing in the plural doesn’t always trip off the mental tongue and in any case it’s hard to write for two when the other part of the ‘we’ is far more interested in his jeep and the smart new rotavator (it’s red to match the motorbike) than he will ever be in French shabby chic and vintage jewellery, so from here on in I’m blogging it alone.

One of my particular solitary pursuits is a daily walk from the top of our hill to the bottom and then back up to the top again, somewhat in the manner of the Grand old Duke of York and his 10,000 men.

The idea of this daily march or ‘powerwalk’ as the Americans might say, brisk stroll as we English would probably have it, is a desire to keep in shape given the large amount of time I spend sitting in front of a computer and eating pasta.

Organised exercise is definitely out as I am not a person who joins clubs and enjoys putting my abs (flabs) on display. My daily march is perfect for my exercise attention span, requiring, in theory, about 15 minutes in total and a decent amount of heart pumping given the steepness of the hill on the way back up.  It is also a perfect length of time to blow away cobwebs, unjumble my thoughts and rehearse a few angry conversations with Credit Agricole (our bank) over their latest errors and inconvenient opening hours.   There are however one or two notable distractions. 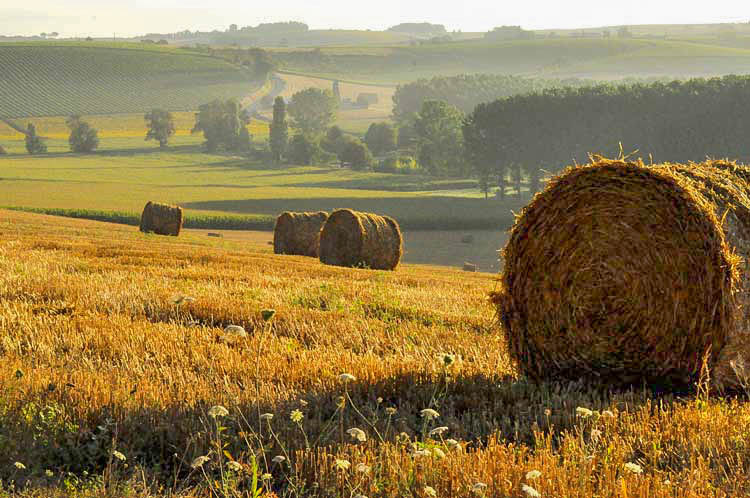 One is my mother, who follows the same daily proceedure as myself at a rather more leisurely pace.  We often cross paths en route and stop for a few minutes chat – not that we don’t see each other often, livng as we do just across the courtyard from one another, but a few words are always exchanged before we continue on our different ways, invariably carrying on the conversation, talking to ourselves as we go. The second distraction is the hill itself which is very beautiful and frequently requires you to stop and gaze in admiration. There are some delightful wild flowers too and I can sometimes be seen on my knees in the ditches with my nose in the flowers as I attempt to take a close-up photo. Then there are the cows and their numerous calves.  It just isn’t possible to walk past them and not stop for a brief exchange of greetings and some portrait photos if I happen to have my camera with me. 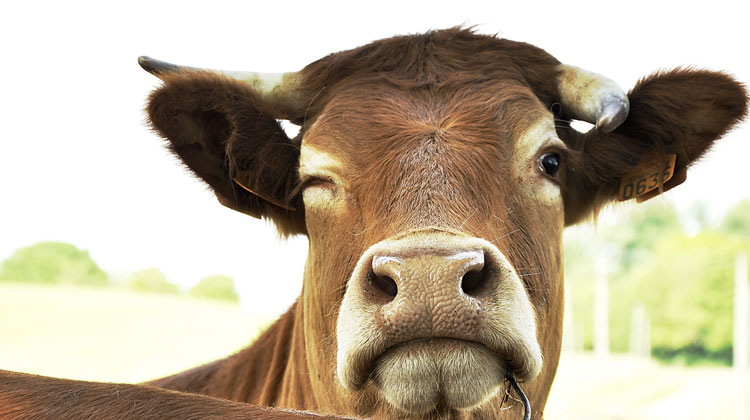 Then of course there are the magnificent buzzards which are always somewhere to be seen gliding majestically on the thermals overhead.  I am frequently compelled to stop and watch them floating blissfully above and have even found myself with arms outstretched in aeroplane mode as I imitate their flight.

All of which leads me to wonder what on earth the casual passerby or our lovely French neighbours on the opposite hill must think if they witness any of the above antics.

Those English women are completely bonkers – oh dear, I think they may be right.